On 21.10.18, the King of Jordan announced that he would not renew the Israeli lease agreements for the public areas in Naharayim and the agricultural areas in the Tzofar enclave in the Arava area. These are Jordanian areas that were leased to Israel for long term agricultural processing, tourism and ongoing security purposes.

The king’s decision stemmed from internal Jordanian political considerations. Following the growing tension between Israel and Hamas and the disengagement from the Palestinian Authority, the king decided to implement a clause in the peace agreement and not to allow the continuation of an Israeli lease.

Jordan is cracked and dry. It is considered the third thirstiest country in the world. It has no fresh water reservoirs, nor any capacity to produce water (it only has access to the red sea in Akaba), and even if it desalinates water from the Red Sea, it cannot transport them from the south to the large population in the north of the country. It is completely dependent on Israel. Therefore, the cessation of the flow of water to Jordan is not on the agenda and will never be. Just as cancellation of the peace agreement is not dreamed of.

In this respect, the king is subject to extortion (even if Israel does not stop the water flow, it can be reduced). He understands this and has to act between the drops (literally). If he annuls the peace treaty, he will lose his power and his hold on the kingdom. If it is preserved in its current form, it may amount to a revolt and a civil war due to his Israeli ties, as experienced by his father Hussein in the 1970s.

Israel is also conflicted. On the one hand, the level of the Sea of Galilee today breaks historical negative records, lower than it’s ever been. No. This is not just due to global warming, a reduction in precipitation, or the transfer of water to Jordan. This is a long-standing failed policy of the Israeli Water Authority and the Israeli government ministries. Stopping river flow to the lake, pumping groundwater out for agriculture, drinking and industrial purposes, along with the danger of water salination. All these choices had alerted to the lake’s dire situation twenty years ago. Despite this, practically nothing has been done even though the Water Law was enacted in 2004. And even today, nothing much has changed.

So, what’s the point? Probably much ado about nothing. Naharayim will make do minus a few square meters of land that no one really needs. The Israeli farmers in the Arava will manage or lease land privately. The rest will stay in the political realm where politicians will enact dramatic gestures. The Jordanians people will feel like they struck a blow to Israel and yet continue to receive water. Not only that, the waters’ quantity may even increase due to the influx of Syrian refuges flocking to Jordan.

Jordan might depend on Israel, but Israel needs Jordan’s king to keep the peace. Most of the Jordanian people are Palestinians unlike the king and his family who are Hashemite and rule over them. There is already open talk in Jordan about the king’s ouster and making Jordan into a Palestinian state. Yet the Hashemite, who rule the kingdom, will not give up easily.

Although Israel may have an interest in Jordan becoming a Palestinian state, to which the Arabs of the West Bank will eventually flock or be annexed, it is not an interest that Israel should or will pursue.

Harming Jordan’s water supply could ignite riots in the kingdom and overthrow the Hashemite regime. It is not certain that this is a front that Israel will want a part in at the current time. Therefore, it is prepared to pay the price of giving up the territory and continuing to supply the Jordanians with water from the emptying Sea of Galilee. Israel may even be willing to include the Jordanian kingdom to its desalination water systems. 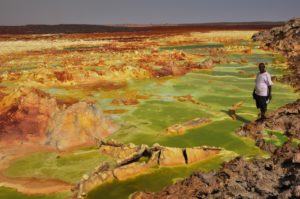 A journey to the Danakil desert – closest place to hell

The Danakil desert in northeastern Ethiopia is one of the world’s harshest deserts. In the summer months, the temperature can reach 60 degrees Celsius (140 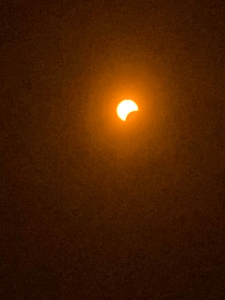 As you know, Planet Earth is part of a galaxy called the Milky Way. Our Sun is a star, one of many stars in the 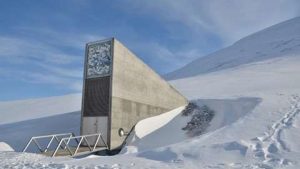 In the Arctic ocean, north of Norway, at the center of Spitzbergen island,  lies the global seed vault, an underground structure that reaches a depth