Microorganisms’ ability to influence their host’s behavior is well known and has been researched for many years. One of the most striking examples of this trait is the toxoplasma parasite, which grows in cats’ guts and can also infect mice. The bacteria affects mice instinctive fear of the smell of cats and thus makes the mice “braver”. Then, the cat easily hunts the mouse, thus actually “feeding” the parasite, which can continue to exist and continue to breed. Feeding our gut bacteria is important to our existence, and it is a symbiotic relationship that all parties, except in this case the mouse that became prey, are happy with.

An article recently published in Nature scientific journal reinforces previous research on the topic and brings new findings to light: It seems that the byproducts created by gut bacteria can also affect the host’s behavior. The article notes that mice with defective gut bacteria populations are unable to shake off fearful memories – this indicates that our gut bacteria may also play an important role in the way we learn and behave.

As early as the last century, Russian researcher Ivan Pavlov showed how ringing a bell can cause a dog to salivate, when the action repeatedly occurs right before providing food. This is known as behavioral conditioning. This kind of conditioning can also be produced with a sense of fear, when an animal is exposed to a certain signal, such as a chime, which is delivered at the same time as a short electrical shock. The animal links the chime sound to the electric shock delivery, and within a short time it will respond with fear to any chime (don’t try this at home). You can also “erase” this kind of conditioning when repeating the same experiment but eliminating the delivery of the electric shock. This process is called renouncing fear.

In the Nature article experiment, the researchers took 3 group types of mice. A control group of mice with intestinal bacteria, a group of mice that received strong dozes of antibiotics that eliminated their intestinal bacteria, and another third group, mice that were raised in sterile conditions and were bacteria free. The fear-forgetting experiment was performed on the three different groups.

The results showed that mice without the gut bacteria, those after antibiotic therapy or those belonging to the sterile group, were unable to release the fear.

The researchers looked at gene expression in the brains of the 3 groups of mice – and found that in the non-bacterial mice, different genes were activated than in the bacteria-bearing mice. Activation of the different genes resulted in different patterns of neural activity in the amygdala and the prefrontal cortex, two areas of the brain associated with fear and learning. The research team also found that antibiotic-treated mice or those raised in sterile conditions had lower levels of four compounds associated with neuropsychiatric disorders, including schizophrenia and autism.

Obviously, more research is needed to find out how these substances affect the expression of genes that cause behavioral changes. But surely this is a very impressive example showing bacterial control of their host’s behavior almost as if it were a marionette on strings. Thus, we learn the importance of protecting our gut bacteria populations so that we may benefit as hosts. This symbiotic relationship will, in the future, enable us to deal with post-trauma and a host of other unpleasant memories that are capable of impairing our day-to-day function. 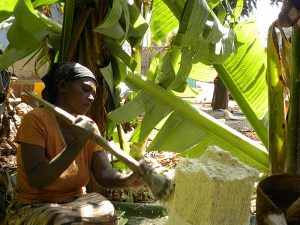 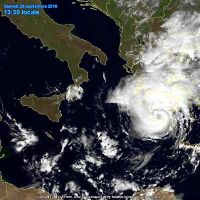 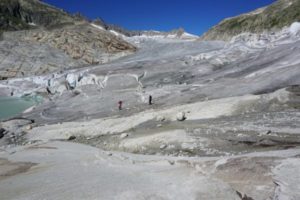 Everyone knows that when we are wounded, it is best to wash the wound with soap and water and apply antiseptic ointment. We do this