A scientific perspective on alternative treatments

On the one hand, scientists say there is no evidence that these alternative therapies heal patients, however there are plenty of patients who claim that these treatments are beneficial. How can this conflict be explained?

Our bodies are prone to cope with diseases and so for every disease there is a chance that the body will successfully cope and recover by itself, without any medical intervention. Some diseases are low risk infections, such as colds, and some diseases are more dangerous and have high mortality rates. Thus, as in a gambler’s dice game, statistically there is always a chance the body copes with a disease and alternative therapy has a chance of working when the body can heal itself. Other times, medical treatments provided in parallel to alternative therapy are the explanation for curing a diseased body.

Another reason that leads to the illusion that alternative therapies are beneficial is a regression to the mean or to the average. Basically, it means that extreme results do not last and most variables when measured several times will be closer to the average.

For example, suppose there is an average quality of movies. A film is released and is rated as exceptional in its uniqueness. It is very successful for many reasons, such as its filming, the crew, the time of the film’s release, and many other elements that enabled it to excel. It is very likely that the movie’s sequel will be less good because the chance of exceeding the average once again is low. And the sequel regresses to the average.

How does this relate to alternative treatments?

People who suffer from various ailments, try many medical treatments. When dealing with the ailment’s associated pain, there will be periods when the pain is unbearable, periods during which there is no pain, and most of the time the pain will be at an average level. What usually happens is that people in times of unbearable pain, want to do something about it. No matter what. They then willingly subscribe to any form of alternative medicine. Naturally, at some point the pain averages and people associate the withdrawal of pain as the treatment’s successful result.

The patient feels better, it is the care that was provided that makes the patient feel better. This raises another key question. Does the very fact that a person feels better mean that the person has really recovered?

Feeling better does not mean any healing has been performed.

Feeling good, however, can definitely strengthen the body and improve the chances of recovery. Such is the case of medical clowns. Clowns brought to hospitals to entertain the patients can elevate their spirits, take them out of depression, and provide a better overall feeling. Positive thinking can definitely improve your chances of healing. But it is not a substitute for actual medical treatment. An amusing clown is not a substitute for antibiotics or heart surgery. I am quite certain that no one would want the medical clown to put a catheter on a patient. 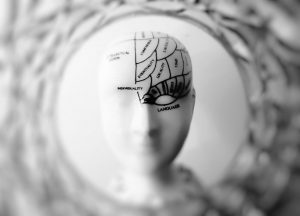 Parkinson’s disease is a progressive chronic disease, meaning it is a persistent disease that worsens over time. The disease affects the way the brain coordinates 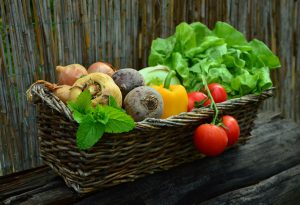 Produce with the most and the least pesticides

2022 shopper’s guide to pesticides in produce was published, naming which are the “dirty dozen”, and which are the “clean fifteen”. Strawberries and Spinach are