In today’s modern world, cancer is a prevalent disease. An increase in life expectancy, especially in the Western world, is the major factor in the increased chance of contracting the disease.  Approximately 13% of the world’s population will die of cancer. In Western countries, the percentage is 2 times higher (25%). Once again, this is simply because of increased life expectancy in these countries.

These figures are highly compelling in light of the 2004 China study, which claims that the Western world has a multiplicity of chronic diseases compared to China and should return to a more traditional, more vegetarian diet to decrease their occurrence. In their book of that name Prof. T. Collin Campbell and his son Dr. Thomas M. Campbell examine the link between consuming animal products and chronic illnesses.

The Chinese research based on a 20 year study by China’s academy of preventive medicine- Cornell University-Oxford University has found that residents of China, most of whom base their diet on plants, are less often diagnosed with western world diseases This claim may be true. However, it is important to understand it in relation to other facts. Life expectancy in the Western world stands at an average of 82 years while life expectancy in China is lower than 74. With older geriatric age a multitude of problems may develop and therefore, there is a larger chance in the Western world of contracting a serious illness and dying of it. Another problem relating to the Chinese research is in its statistics. The analysis of the genetics, the correlations between vegetarianism and chronic diseases, is misleading and correlations were displayed incorrectly.

For example, the association between animal protein and liver cancer suggests that eating meat increases the risk of liver cancer. In fact, if you look at the correlations of the study, the correlation is opposite. In other words, the conclusion is wrong from the bottom up. So, eating meat products does not mean you will get cancer.
Generally, in statistics correlations do not mean that the variables cause the other. In a well-known example, a high correlation exists between the sale of soft drinks and the outbreak of polio. What does this mean? That soft drink companies distribute polio? No. The correlation occurs because the polio virus is active in the heat. In hot environments, people buy more drinks and so there is a correlation between the two yet neither caused the other.

In an experiment conducted by one of the researchers in the Chinese study, two groups of 30 laboratory mice were taken. One group was given high amounts of animal protein in their food and a second group small amounts. Both groups were given cancer inducing agent as well.  The goal was to examine whether eating animal protein increases the risk of contracting cancer. Many of the meat-eating contracted liver cancer. The vegetarian mice died before the end of the experiment from liver disintegration. (They did not live long “enough” to get cancer). The investigator’s conclusion was that increased consumption of animal protein causes liver cancer. This conclusion cannot be seriously accepted – the “vegetarian” group that did not contract cancer because they died early on in the experiment process from liver complications before they could develop cancer.

Our body’s immune system can detect factors that can harm the body and remove them from the body. This is the case with bacteria, with viruses, and it is also the case with cancer. Cancer is an auto-immune disease meaning created by our body’s own cells.

So, every person may have cancer cells in his body at some point. Cancer cells cannot be detected in a normal blood test unless they have multiplied to several billion cells. Cancer cells occur between 6 and 10 times in a person’s life. When a person’s immune system is strong, the cancer cells will be identified and destroyed, thus they will be stopped for multiplying and forming tumors. In other words, our body knows how to identify cancer cells as an enemy and even destroy them. But when the immune system is weakened or when there are genetic defects in the body, the body finds it difficult to identify and destroy the disease. In geriatric medicine, when cells are older and multiply often with defects, the prevalence of cancer cells increases.

Another important point to consider is that our immune system may be compromised by additional factors such as consumption of food treated with pesticides. So, our immune system is weakened and this may therefore affect our chances of contracting cancer.

The question facing scientists today is whether modern medicine can cope with genetic defects, identify them and change them.  This is the question that modern treatments are dealing with today. Can cancer be eradicated just as history teaches us of other epidemics that were wiped out?

Nano technology as a platform for seawater desalination

A study conducted at Rice University, Houston, Texas, developed a method for desalinating (purifying) salt water using sunlight and nanoparticles. Apparently, this method is even

Can the ocean be refilled with farm fish?

Overfishing has caused a major decline in fish numbers around the world. Experiments of farm fish and clams released to the ocean were done in 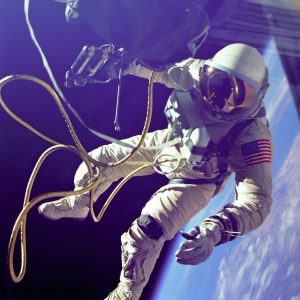 Why Astronauts in Space Return to Earth With Anaemia

From the first mission to space, scientists discovered that “Space Anaemia” was a condition that astronauts developed upon their return to Earth. Back on Earth,