Do not make the king jealous

One of the worst missteps an employee can make, is to make the boss jealous. Unsurprisingly when your boss is a king endowed with megalomaniac tendencies, such behavior may also be very dangerous to your health.

The date is 17th August 1661. The place, the Kingdom of France. 23 year old Louis XIV (the14th) reigns over France. He was crowned at the age of 5 but assumed formal power after the death of Cardinal Mazaran, Chief Minister in 1660. Louis, along with thousands of French society nobles arrives at the new palace of his Finance Minister, Marquis Nicolas Fouquet – Chateau de Vaux le Vicomte. Fouquet, originated from relatively modest noble origins, was not only France’s finance minister, but had recently also become, the country’s most powerful man, second only to the king of course since the death of the cardinal.

Louis walks the beautiful corridors, strolls through the spectacular gardens, marvels at the stylish fountains, dines on golden plates using silver utensils and two things become clear to him: the first – his finance minister has stolen money from the state coffers, and lots of it. The other – the marquis Fouquet’s palace is far more beautiful than any palace the king owns. The first offense could be forgiven, theft of money from the state coffers by senior officials was common practice at the time, although, obviously, forbidden. For the second offense, there was no absolution.

The Marquis’s Chateau was designed by renowned architect Louis Le Vau, and was adorned with ceiling paintings made by the King’s favorite painter, Charles Le Brun. The gardens were designed by garden designer Andre Le Notre. The furniture was expensive and gold-colored. Persian carpets covered the floor, along with crystal chandeliers, gold clocks, and marble sculptures. The guests, in what was to became the Marquis’s final party, enjoyed a delicious meal (by the chefs, who are now considered the ancestors of French cuisine), received gifts (diamonds) and watched a play in a courtyard-built theater (of course, by Moliere). The evening ended with an amazing fireworks show (the event is considered one of the most spectacular parties in French history).

In the dining hall hung a beautiful portrait of the king painted by Le Brun. When the king expressed his admiration of it, Fouquet gifted him the painting immediately. This was of course too little. Louis, who was used to getting all his desires wanted the palace, not some painting of himself. Louis was never strong in delaying gratification, he asked to arrest his finance minister immediately, that night (“make him vomit” as the king put it). But Louis’s mother, Queen Anne of Austria, intervened, and noted that it would be unkind to arrest a man in his house after he entertained you. The king was convinced and Fouquet got a few more hours as palace owner.

The king returned to his palace, in Pontabello, which was far less impressive. He decided that his finance minister had ascended far enough. Shortly thereafter, Fouquet was arrested while leaving a governmental meeting by the king’s personal guard (the famous “musketeers”) and accused of embezzling state funds. The trial lasted three years and in the end the former omnipotent minister was found guilty and sent to life imprisonment in exile. Needless to say, Fouquet’s vast property was confiscated. In 1680 he died while still imprisoned.

It is interesting to note that, unlike many other cases in history, where the fall of a great man was accompanied by him being forsaken by all his friends, Fouquet friends stood by him during his hard times and tried to act for him (such as the poet jean Loret and the fabulist La Fontaine). Some noted that the king was afraid of Fouquet ‘s great influence and that he had fallen out of favor months before the grand party, in any case, the glittering affair did not help matters.

After Fouquet ‘s imprisonment, the greedy king took possession of the former minister’s property and decided to upend him by building himself an even more impressive palace. He employed the same artists used to decorate Chateau de la Vicomte (the three “La”: La Vau, La Brun and le Notre). This little palace is known today as “Versailles” (in a sense, Fouquet is the “godfather” of Versailles palace). Over the years, Fouquet ‘s rapid fall from power became almost a parable of how everything could be lost in an instant.  As Voltaire wrote: “On August 17 at 6pm, Fouquet was king of France, at two in the morning he was nothing.” 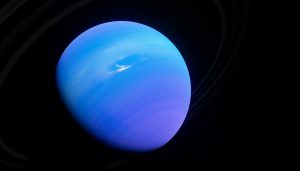 NASA’s next mission – exploring the icy ocean of Uranus

Uranus is a giant icy planet rotating on its side, with 13 rings, 27 moons, methane atmosphere (that gives it its blue-green color), and no 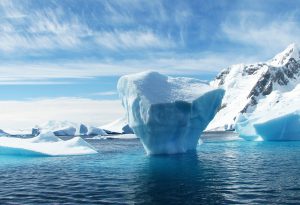 Unusual heat waves in the Arctic and Antarctic regions

Last Friday an unusual heat wave struck both the Arctic and the Antarctic regions. In the Arctics, 30 degrees Celsius above average was felt, while