Coronavirus detection is performed using two different types of tests. A Serological test (antibody detection) and genetic testing. This article will focus on the genetic testing used to detect Coronavirus and its disease Covid-19.

In order to understand how genetic testing works, some background is needed. DNA is a molecule that contains the genetic material of almost all worldly creatures. I use the word “almost” because some creatures use RNA for their genetic coding and that is an important point for this article. DNA is comprised of 4 molecules called A, T, C and G that serve to code the DNA and form two cyclical strands that are connected to each other. One strand is a mirror image of the other strand.

The DNA structure of two strands allows greater stability than one strand. Discovering the sequence of molecule letters on one strand means that you also know the mirror image letters on the other strand. Damage to the DNA molecule structure implies a change in the genetic structure, which can lead to the formation of defective proteins and damage to the development of the organism. In addition, both strands are part of the DNA multiplication mechanism. A living being is a creature that can make more copies of itself. When a cell doubles, it separates the two strands of DNA, and because each strand is a mirror image of the other, all that remains is for the cell to create the completing code for the mirror image strand. So at the end of the duplication process, each cell will have each identical DNA molecules, each made of two strands, one old and one new.

With our current abilities, it is difficult to identify just a small DNA molecule. In order to achieve this, the DNA molecule is duplicated in a chain reaction many times until the existing equipment can identify the coded message. This multiplication capability is made possible by a method called pcr -Polymerase Chain Reaction using specialized pcr devices (see attached figure).

The polymerase is an enzyme (protein) that produces the second strand of DNA based on the existing strand. Using the pcr device for the chain reaction, a small piece of DNA is taken and heated up, which causes the strands to separate. The enzyme then produces the new strand based on the old strands. To do this properly reagents are introduced meaning a suitable solution for the process as well as supplying enough of the A, T, C and G building blocks. We continue the process, at first we get 10 copies, after one round there will be 20 copies and another round 40 copies. That means each round doubles the number of copies. After about 30 rounds, we will reach thousands of billions of copies that are already easier to spot. This whole process lasts several hours.

Equipped with this understanding, let’s return to the Coronavirus.  The Coronavirus’s genetic material slightly complicates matters because it is not encoded using DNA rather RNA. RNA molecules, unlike DNA, are single-stranded. When running the pcr, RNA amounts are not doubled like the DNA cycles, so after 30 rounds we have only 30 times as many copies. Therefore, for efficient identification it is necessary to convert the RNA sequence to a DNA sequence, and then proceed to standard pcr.

When testing patients for the Coronavirus, the RNA sample is taken from the nose or throat using an applicator. It is extremely important that the applicator be sterile and clean (if there is a trace of the viral RNA molecule in the lab and it contaminates the testing applicator, it will create a misdiagnosis). The applicator is tested for RNA and the test results show whether there were any Coronavirus RNA detected.

There are four possible test results. A sick (or infected) person that receives a sick outcome (positive result-RNA was detected), we have a true and correct identification of a verified patient. A healthy (uninfected) person whose test results come out negative (no RNA detected), we again identified correctly – a healthy person. There are two other rare but problematic results: a sick person who receives a negative test result (i.e. no RNA detected) so that that person’s infection was not detected – a false negative result. Alternatively, a healthy person who receives a positive (RNA detected) test result- a false positive result. These errors usually stem from the testing method’s limitations such as problems when adding reagents (materials) during the test or they could be defects in the test device itself. So when we receive results – they are never 100 percent correct. 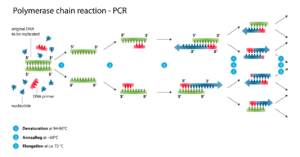 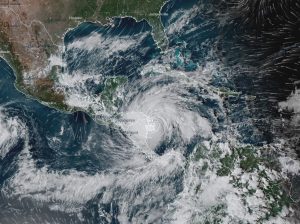 Records shattering storm in the Atlantic

Hurricane Iota has hit Central American countries in recent days and is shattering climate records. This is the 30th hurricane to hit this year. Only powerful

Who’s looking out for the astronauts on the International space Station?

The International Space Station is a research craft that holds astronauts from the US and other countries (or Russian cosmonauts). So far, 230 people have 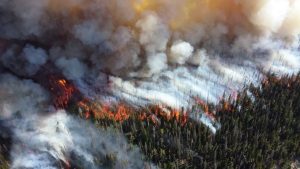