After spending the 2020 Covid-infested summer working from home with the kids yelling in the background or taking breaks in lake country washing the summer stickiness off, we were ready for a fall trip to the great outdoors.

We made plans with a like-minded group of friends, families in tow, to visit Ontario’s oldest Provincial park (established in 1893) – Algonquin. Rooms were reserved in advanced in Huntsville, Ontario from where we could start our day early, entering from Algonquin’s west gate. Since the secret was out – this is the place to visit in fall – the park implemented measures to limit overcrowding by restricting the number of visitor permits available each day, a fact of which we were well aware. We were not the only ones to realize that spending time outside hiking and enjoying the spectacular fall view during a pandemic was a genius idea – we were joined by many cars displaying the different Canadian provinces’ license plates – planning to do just that.

Algonquin encompasses a huge area almost 2 million acres (7653 KM squared) of park lands in south- central Ontario- the southern part of Nipissing district. It was established as a wildlife sanctuary, to protect the area’s biodiversity as well as the water of the five major rivers flowing through the park. According to the friends of Algonquin park website, Algonquin is biologically diverse with more than 1,000 vascular plant species and more than 200 vertebrates that breed within its boundaries. It is known for its thousands of lakes, created by receding glaciers, many of which can only be reached by hiking or canoeing. The park offers year round activities including great hiking and biking options, non-motorized boating and fishing, winter sports, interior camping as well as animal viewing of beavers, moose, and abundant water birds, of which the common Loon is Algonquin’s most famous inhabitant.

Located in an area bordering southern and northern Ontario, the park provides the unique spot to experience both the coniferous and primeval forests as well as the southern deciduous forest- known for its fall colors. Highway 60 runs through the park allowing access to the trailhead of many hiking trails as well as camping sites from which to start your visit to the park.

Our first task was to find the right hike- one that both our children as well as our pandemic bodies could handle. Visiting at the peak of fall color, it was clear that the lookout trail was a must see. It’s short yet steep ascent made the somewhat crowded experience more of an adventure. At the top we were greeted by the majestic views of forests and lakes appearing to blaze in the season’s orange and red coloring. Moving away from the crowds, the breathtaking views were further enhanced by the smell of the wet forest and the sound of the wind in the trees. 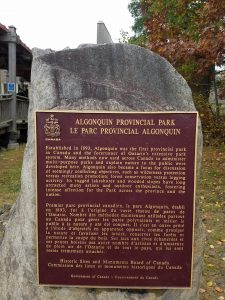 We continued our day at Beaver Pond trail, a much less frequented area, which allowed us to let the kids loose and move at our own pace. The beaver is a Canadian icon given official status as a national symbol in 1975 but depicted as such much earlier by fur trade companies such as Hudson’s bay. We did not see any beavers- they are nocturnal and shy of people but it was easy to spot their handiwork, as they engineered their own ecosystem with the risen dams that create ponds in the area. These provide the beaver and its young protection from predators and easy access to underwater entrances to their lodge. Research has found that beavers are compelled to build dams by the sound of rushing water and experiments have been performed to show that beavers will start building when they hear rushing water even when none exist (just to cover up the sound). On the trail our wildlife viewing was limited to birds and chipmunks that were busily hustling all around us. 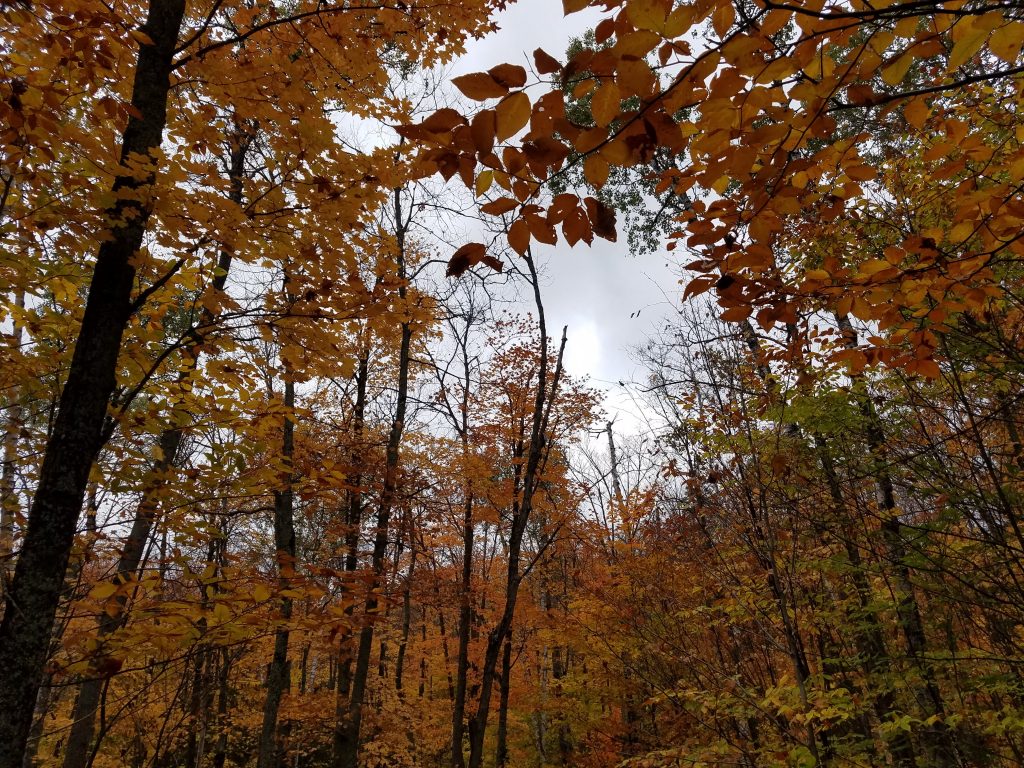 Next we headed to the Algonquin park visitor center. It being pandemic season, we spent a very short time inside (masks mandatory) and rather located a spot for a well-deserved lunch break in the great outdoors.

We managed to complete another short hike just outside of the park at Ragged Falls Provincial Park before heading to our accommodations. It was a great day to venture out and we were lucky to enjoy so much of the area. The next day our trips and hikes continued and in rainy conditions none the less but that is a story for a different time.

All pics by Tammy Kaplan Zabari. 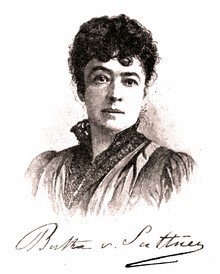 The baroness Bertha von Suttner was awarded a Nobel Prize in 1905. She was born Bertha Kinsky in 1843 in Prague. Her family was aristocratic, The cost of livestock shipping

Livestock shipping of mainly cattle, sheep and chicken is a worldwide phenomenon with a painful price. The livestock is being shipped for fattening and slaughter 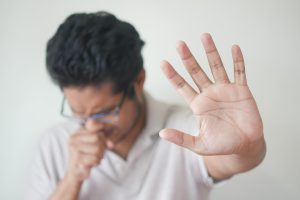