In recent years, the shortage of fresh water has been exacerbated, especially due to drought conditions in third world countries and in countries located in desert climates.. However, even in Western countries water shortages have developed, resulting in the distribution of water (South Africa), the dehydration of fresh water reservoirs and changes to their salinity (USA) and the raising of water prices.

Although more than two-thirds of the planet is covered with water, less than 1 percent of it is fresh water available for domestic, agricultural or industrial use. Even available water undergoes rapid pollution, overuse and its salinity levels are increased. As the number of people on the planet grows, so grows the demand for agricultural products (food), industrial products and water for domestic use. The initial use of fresh water immediately designates it as polluted and the water needs to be treated and cleaned for reuse.

As a result, the largest water reservoirs in the world are disappearing and there is a shortage of resources available to man. Good examples of this can be seen in the dehydration of the Aral Sea in Kazakhstan, the Chad Sea, and the Sea of Galilee.

Three main operations are available to us: recycling, purification, production.

Recycling: The main damage to water sources is the discharge of waste that indirectly affects the quality of fresh water, such as waste buried in the soil and pollutes aquifers. But waste is also actively thrown into rivers, lakes, and sea. The removal of the entire waste cycle from the environment will significantly improve the problem of water pollution, and this can only be done by fully handling the waste, which includes recycling of the absolute majority and the rest to become a source of energy.

Purification: Most of the water we use for industry and domestic use can be purified and transferred to agriculture. Water purification is carried out in sewage treatment plants,  achieving  different levels of purification, where the waste is removed from the water and they are transformed into fresh, clean water. This reduces the pollution that is spilled into nature and reduces the use of freshwater from natural sources, which harms the various ecosystems.

Production: Fresh water can be produced from seawater via desalination techniques and converted into fresh water. Currently, this process is expensive and involves the investment of a great deal of expendable and polluting energy such as coal and oil. Assuming that in the not too distant future mankind is going to use only renewable sources (solar, wind, waves), we can produce fresh water from brackish water without this expensive energy. This should be an especially important focus for desert areas where the sun and heat are readily available.

In this context, we should also relate to food production in the world. While some areas suffer from a severe water shortage, in other areas there is no shortage of land and water and they can be a “granary” for the rest of the world population. The United States and Canada alone can produce food for the entire world population and thus stop the terrible waste of water in other countries.

Today, the production of grains in the world as well as their transport from one place to another is cheap, certainly cheaper than the costs of producing water in Arid places. Add to this the infinite expanses of the Soviet Union, and you can solve the problem of world hunger immediately, and with it the problem of dependence on fresh water. This type of water trading is called ‘virtual water’, i.e. trade in the product produced by the water rather than the water itself.

Of course, additional insight is needed in regards to the world population, differing birth rates and the major economical and developmental gaps between the Third World and the more advanced western world. 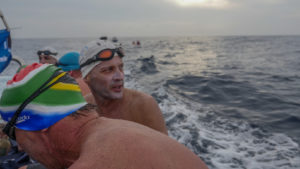 Indonesia is one of the most toured countries in the Far East. In recent years it has been suffering from beach and water pollution, mainly