Parkinson’s disease is a progressive chronic disease, meaning it is a persistent disease that worsens over time. The disease affects the way the brain coordinates body movements. It creates a constant tension in the muscles, including trembling and loss of movement, which leads to loss of walking, writing and even speaking abilities.

Parkinson’s disease is caused by the loss of dopamine neurons (nerve cells) in the brain. These nerve cells are responsible for producing a molecule called Dopamine. Dopamine acts as a hormone and a neurotransmitter messenger, which is responsible for transmitting commands from the brain to nerve cells and muscles.

Researchers at the University of California, San Diego studied a protein called PTB. This protein functions like a genetic switch, turning on and off the expression of genes in the cell. The shutdown is achieved by linking the PTB to the cell’s genetic material (RNA) which inhibits gene expression. The researchers inhibited the action of the gene in the cell sample. One researcher claimed that repeating the inhibition action involved further work, so he produced genetically engineered cells in which the gene and its protein are permanently inhibited.

The consequences of permanently removing a particular gene from a cell are unpredictable. Sometimes a gene and its expression (protein) are linked to additional processes in the cell. Its removal can cause the cell to fail due to the removal of the gene, therefore failing to produce a series of cells without the gene.

The researchers worked with a fibroblast cell. That is a cell of connective tissue responsible for collagen formation and wound healing. After several attempts to remove the gene from the cell, the researchers observed that the row of cells grew very slowly, and they considered abandoning the project. Several weeks later, the researchers were shocked to find that very few fibroblast cells remained in the sample, they had been replaced by nerve cells.

This is an amazing discovery. The removal of one gene from the fibroblast cells caused the cells to become nerve cells. In addition, the researchers were able to produce dopamine from these nerve cells. 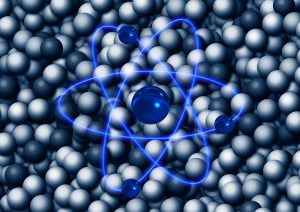 A giant donut-shaped machine in England generated sustainable fusion energy of 59 megajoules in 5 seconds. The former record from 1997 was half of this 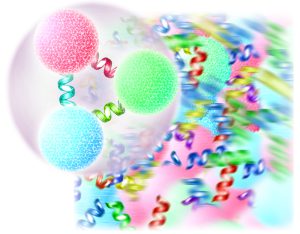 Scientists found a new way which quarks configurate in

Quarks are the smallest particles known to humans.”Exotic” matter just discovered by scientists contains quarks configurated in groups of 4 or 5 – tetraquarks and