Proteins are three-dimensional substances, active in our bodies, which are created when a specific chain of amino acids folds into a certain shape. A protein is based on an executable code in our genetic material- DNA. DNA’s transcribed copy is called RNA. RNA enters into a ribosome, production plant and provides assembly instructions that are translated into creating a variety of proteins for vision, muscles, hormones, etc.

Almost every function our body performs – muscle contractions, sensing light, or transforming food into energy – can be attributed to a certain protein in our body. So the protein is essential for sustaining life. If a protein does not fold properly into the required 3D shape, no active function will result, it is as if the machine for the function will be faulty. A chain of amino acids, of which a protein is constructed, will always fold into the same form in nature.

We do not exactly know why it is that a certain order of amino acids that can fold into countless possibilities always folds into the same three-dimensional structure. If the body had to “try” all the possibilities, the protein folding would take longer than the age of the universe. But the protein folds in a fraction of a second and each time to the same shape and form.

Understanding the three-dimensional structure of the protein can help us to study and diagnose diseases caused by the production of abnormal genes (Gene mutation) such as Alzheimer’s, Parkinson’s, and Cystic Fibrosis. In addition, this can contribute to the development of drugs based on binding to a defective protein, to inhibit its action and stop the disease. In the future, comprehending protein folding can also help design new proteins that do not exist in nature. For example, developing proteins that accelerate the breakdown of pollutants such as plastics and oil.

Recently, Google Labs developed a computational method for predicting protein structure called Alpha Fold. The method is based on artificial intelligence, similar to other computational tools developed in Google, such as chess and image recognition. This model has succeeded in producing structures much more accurate than the existing forecasting methods.

This is Google’s first attempt to participate in a protein-prediction competition called CASP (critical assessment of protein structure prediction). This is a competition that has been going on every two years since 1994 and Google has excelled in it. Google’s success can enable us to predict proteins and produce new proteins, which will expand scientific capabilities in developing medical methods and advanced treatments. 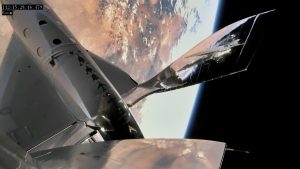 Why didn’t the Virgin spaceship burn up in the atmosphere when it returned from outer space?

On Sunday, July 11, 2021, the billionaire owner of the Virgin Galactic Company, Richard Branson, made the first tourist spaceflight in history. Branson, with five

Will the blood collected from recovered Coronavirus patients save lives?

A new clock has been erected in the center of New York counting down earth’s carbon budget deadline. The climate clock has replaced the traditional