Sudan is raging after the attempt of the military wing within the Government led by General Abdel Fattah al-Burhan to lead a Coup D’etat on October 24th, 2021.

That was against the civilian faction whom they established the joint government with, after the fall of the tyrant Omar al-Bashir three years ago, in April 2019. Sudan’s prime minister Abdalla Hamdok was one of the detainees.

This Coup came as a counter-reaction to the attempted Coup two weeks prior, when military authorities joined forces with Islamists to remove General al-Burhan, and replace him with a civilian-non-military government. This new government, led by Abdallah Hamdouk, would have been with a different orientation.

This event resembles the Coup made by General el-Sisi in Egypt (he has a close connection with al-Burhan). The goal behind it was to return to the governmental organizational structure that existed in al-Bashir’s long ruling.

The coalition between the military and civilian parts,which had been created after al-Bashir’s fall, tried to make changes in Sudan. One of the most significant changes was improving Sudan’s public affairs with the rest of the world. Israel was included in those calculations as one of the key elements. Sudan’s need to improve its public affairs was due to the financial pit it had fallen into. Sudan’s financial struggle was worsened by the floods that hit it the year prior. Ethiopia’s large Renaissance dam and the lack of the agreement regarding it-is threatening Sudan and Egypt with drought and ongoing political crisis.The Russian war in Ukraine caused a bigger shortage of wheat in Sudan.

Hamdouk’s government tried to promote Sudan with civilian matters such as democratization (as it isn’t much of a democracy) such as ending female circumcision and ease pressurs on the population towards liberalization. The civilian wing of the government had a more “westernized” point of view.  There were many disagreements inside the Military-Civilian coalition. Detained prime minister Hamdouk wasn’t too thrilled about relations with Israel, but he was convinced it was necessary and cooperated with the military on that point-believing of its importance.

The Sudanese hoped for ease in their situation once al-Bashir fell. The expectations for receiving assistance and help recovering were met with great disappointment during Trump’s presidency, and the Sudanese remain in the same poor situation.

After the failed civilian Coup at the beginning of October 2021players such as Communists,Ba’ath party supporters and some radical Moslims encouraged civilians to protest.  The military had to act, fearing the ordeal might shake the stability they were trying to create. Needless to say, that Sudan gets a lot of international aid. Most aid comes from the USA, Europe and the Emirates, and some from neighboring countries like Egypt and Saudi Arabia.

Sudan’s location is geostrategic one; between the Red Sea and the Nile, Sudan is an important transit country from central Africa to the Middle East region. This makes it a key country in dealing with terrorism; it can support it or block it, making it extremely important for the surrounding countries to help it keep its stability.

During al-Bashir’s ruling, Sudan was supporting terrorism, while in the last two years it blocks it. Just two weeks ago, Hamas’s activities in Sudan were stopped. The Israeli – Sudanese relations are progressing towards normalization. Sudan is no longer part of the boycott on Israel which  started a few decades ago, in fact, we just celebrated one year since Sudan joined the Abraham accord.
Plans for a peace agreement between Sudan and Israel were going to be signed at the end of October 2021, in the White House, but it hasn’t happened yet.

Israel had about 60,000 Sudanese refugees. 6,000 Refugees still reside in Israel, while the rest returned to Sudan with a pocket full of money and some of them opened businesses there. Most of them are managing to improve their financial status above the rest of the population, the returning Sudanese refugees became ambassadors of goodwill for Israel.

Maybe usage of the “Israeli card” by the Sudanese leadership, together with smart management domestically might elevate Sudan to the right path.

Photo by Aladdin Mustafa from Pexels 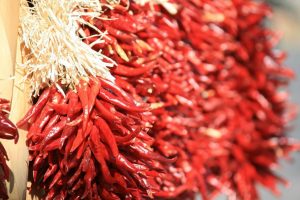 Capsaicin molecule (see structure of the molecule in the figure below), is an active ingredient in chili peppers. So you probably already deduced that Capsaicin 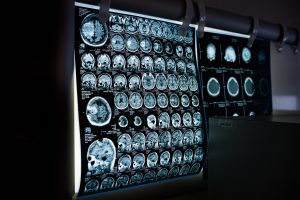 A man dying suddenly dying while getting a brain scan gave the first scientific proof that one’s life passes before their eyes before death. The 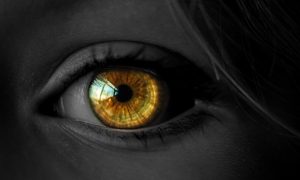 A team of researchers has succeeded in giving mice night vision. Most animals are limited in the wavelengths they can see, between 400 and 700