On February 2nd, the No. 9 prototype of the SpaceX starship exploded in a thunderous roar. This is not the first time the company’s experiment have adorned the sky with a mushroom of fire and smoke. So why are we even witnessing these initial experiments of space vehicles and rockets that are still deep in the development phase? And why do we hear nothing from other competitors developing similar vehicles?

Most companies, whether computers, cars, food or space vehicles manufacturers, show investors and the public the finished product. They try to produce positive perceptions and trust from both consumers and investors and therefore often hide the development processes that led to the final product, processes full of failed attempts, changes, delays and budget overruns.

Space X could have taken a similar approach, but instead they, or rather, the company’s chief, Elon Musk, choose to air the development of their starships, in front of cameras, in view of the whole world. Dozens of YouTubers who set up tents around the company’s base in Boca Chica for December’s experiment documented obsessively all movements in the compound. Information that was once available only in board meetings is now published on Twitter directly from the company’s headquarters, just minutes after the explosion occurs. While other companies prefer to answer the familiar “no response” answer when questioned about their testing.

Elon Musk is a man with vision, willpower and most importantly, with the means to change the world for the better. Hence, Space X’s exposes every step in their process and thus displays the “space race” that is taking place today turning it into a hot topic, garnering headlines everywhere. The goal is to create enthusiasm, to inspire people in what can happen in the next 100 years – turning the human race into a race that can travel the universe.

In simpler terms, Musk deals with sowing the first seeds for the movement of humanity to space – such as travel to the  Moon and Mars. Along the way SpaceX in furthering space exploration and making space travel more accessible, cheaper and safer. They are trying to point to the next goal – space tourism, and the space industry in general as the next frontier that the human race will conquer.

It is true that multiple problems are left for us to solve on our own planet Earth (by the way, Musk also deals with these challenges). But it’s in science and the need for progress, that humankind progresses otherwise the human race will not evolve.

Opponents to progress have appeared in many historical scientific progression fields such as:

At every such stage, there were opponents that questioned the need for these discoveries and advancements: But the truth is, we have no choice. The curiosity to know what is behind the next curve in the road is part of our DNA, and it is what motivates us to innovate, take risks, break boundaries and aim for new goals. Some of those are close, and some are still far away.

As to the starship experiment itself:

How you ask? All of its components and parts could be reused. This is in order to significantly reduce (10 times) the amount of cargo sent to space. In order to achieve this goal Space X has created a starship whose flight profile when returning to landing is innovative and different from anything that came before it, as well as designing completely new engines that use a new combination of materials (methane and oxygen) for rocket propulsion.

The experiments advance gradually, with each experiment “challenging” the space vehicle a little more and testing the innovative technologies that build it. Musk himself estimated the chances of success of the last experiment at only 30%, and except for the crash landing, which is one part among the dozens of test targets, it was a very successful test that confirmed for the scientists the flight profile plan, the aerodynamic structure, the engine and the control surfaces are all advancing in the right direction.

This is an exciting and fascinating time in which we get to witness, and watch from the forefront the laying of cornerstones in the long journey to conquer space. 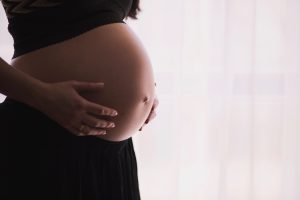 Climate change is dangerous for fetuses

New research done in Colombia and Standford Universities showed that climate change affects fetuses as well. If the mother is exposed to high temperatures during 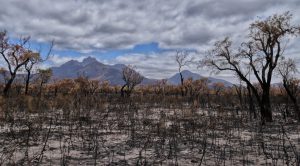 How can one live at 54.4 degree Celsius?

Climate crisis is already here and hitting hard. The month of July 2021 was abundant with extreme and frequent weather events all over the world,

DNA samples from remains in Orkney, the Scottish archipelago, reveal that women were the majority and most likely the leaders of the immigration to the