In our day-to-day life, it often feels that these terms are used interchangeably and mean roughly the same thing. Is this truly the case?

Better understanding of these terms means that we can more easily discuss environmental issues with others and understand the distinctions of the terms we use.

Though, often used to mean the same, these terms actually have different definitions and implications.

Climate change is the general term for changes in regional or global weather patterns that are relevant for extended periods. Weather changes occur on a daily basis. Climate changes are defined over an extended period such as decades, centuries and up to millions of years. When discussing climate change, scientists may refer to rainfall and droughts, ice ages (cooling of the earth temperature, large areas covered by ice sheets), melting glaciers, changing sea currents, desertification and long term changes in weather patterns.

Earth has had major climate changes in its 4.5 billion year history. In general it can be said that Earth fluctuates between ice ages and warmer periods sometimes referred to as greenhouse periods when no glaciers exist on earth.

According to this, we are in an inter-glacial period. However, the amount of carbon-dioxide in our atmosphere is predicted to trap heat and thereby prevent the next glacial period.

This brings us to, you guessed it- Global Warming.

Global warming is a term used to define the rising temperature in the Earth’s surface in a global viewpoint. This term is a symptom of the climate change occurring throughout the planet. It is most often used to describe the climate changes due to human activities, especially those of fossil fuel burning that result in heat trapping gasses in our atmosphere that increase the Earth’s surface temperature.

The rate of temperature increase since the industrial age is much faster than at any previous point and is indicative of human effects on climate change in general. Due to global warming, melting glaciers lead to rising sea levels that threaten coastal regions. Additionally, rising seas can cause unprecedented storms and hurricanes hitting areas that in the past were not affected. Rising sea waters affect populations of marine wildlife leading to cataclysmic impact.

Shifts towards less rainfall in dry areas, heat waves and longer periods of droughts have been forecasted leading to starvation, wildfires, desertification of soils and lack of clean water for entire populations. Wet areas however may get wetter due to warm air holding more water vapors. This will lead to heavy rainfall, floods, loss of farming land, and damage to property which may also lead to loss of life.

Global warming is already happening. We must consider what we can do to reduce it. Since it is the fossil fuel burning that create the heat trapping gases, we must all consider how as a collective we minimize our carbon footprint. 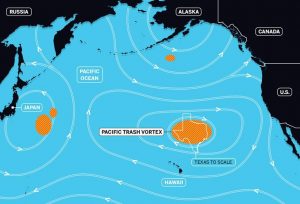 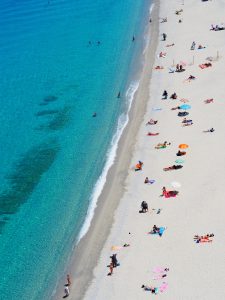 The A.I. that could save us from drowning

An Israeli company called SightBit developed an A.I., which with the help of data from surveillance cameras, can determine whether a person in the water 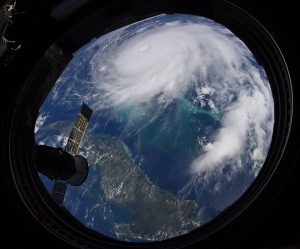 Our world is changing dramatically before our very eyes, it is evident everywhere on the globe. In 1910, there were over 150 glaciers in the