Currently, the Middle East is undergoing a severe shortage of fresh water. This, of course, directly impacts the water level in the local rivers, which has dropped (often considerably) in all major rivers of the Middle East. The Tigris River, one of the largest and longest rivers in the world, has almost completely dried up. The river; which begins its flow in Turkey, continues through Syria and culminates in Iraq; has become a polluted channel brimming with sewage. Similarly to the Tigris, the Euphrates River that had been the pride of Mesopotamia became an infested pool.

There are multiple causes for the fresh water shortage. Five consecutive years of drought, a change in the flow regime of the rivers – mainly due to the construction of a series of dams, over-use (pumping) of water for agriculture and rapid desertification processes have seriously damaged the important water resources of these countries. As of 2019, there is no alternative in sight and in my mind, there probably will not be.

Apparently, water shortages were also partially responsible for the onset of the Syrian conflict. Farmers, who had no access to water, had to abandon the countryside and migrated to the cities. The cities are unable to carry such large migration waves of laborers, both in their limited infrastructure and in welfare benefits. The migrating rural populations were largely uneducated and had no occupational alternatives in the absence of agricultural land, poverty and shortages caused agitation in the urban centers.

In light of the lack of strategic environmental forethought, the ongoing war in Syria and the water dams that stop the water flow in Turkey, it is reasonable to assume that in the coming years we will witness the largest migration of nations in history. Most of these are work migrants, migrating for economic reasons countries rich in money, labor and water.

Iran’s water sector has similar water crises, especially in the southwestern part of the country where many water sources have dried up or become overly salinized. Iranian reports’ have described dirty water flowing from the faucets.

Many Iranian farmers (mainly pistachio growers) are therefore forced to abandon their lands and migrate to the cities. Tourist areas have been abandoned, the water transport system is clogged with mud, and one can see herds of dead animals on the roads. A policy of long-term neglect has sparked riots, especially among minorities living in the affected areas. Iran is not prepared to deal with the water crisis. American sanctions make the situation worse, as the value of the local currency falls daily.

It is impossible to live without water. Desalinating seawater for large masses is impossible with a short-term solution. However, it is possible to import food instead of growing agricultural crops in the area. This, in geopolitics, is called “virtual water import”, that is, the use of abundant water in other parts of the world and the import of the end product they produce. Nevertheless, the import of virtual water has strategic implications to the economy of these countries such as dependence on other countries for basic needs and damage to the countries’ food security. For Middle Eastern countries, whose population is mostly poor, these are major concerns that cannot be solved by virtual water import. 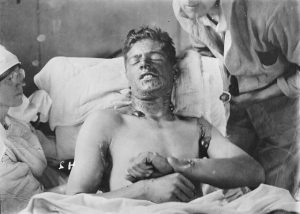 151 years ago, this week, the chemist Clara Haimwehr-Haber was born near the city of Breslau. Her family was Jewish, wealthy and educated, and her 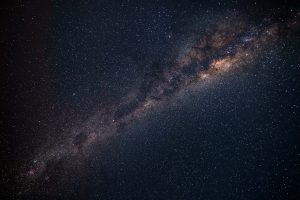 The discovered object is 4,000 light-years away from earth, very close in space terms. Scientists are trying to figure out if it is a neutron