All animals are encoded with genetic codes, from which many secrets can be learned about their biology and ours, such as traits and abilities to fight old age, various diseases and correct limitations and disabilities. Some animals are even capable of repairing damaged organs without the need for external intervention. For example, a gecko is able to regrow a limb or tail that has been cut off. A crab can re-regrow a limb including its entire nervous makeup. Just imagine an imputed person who could grow a new hand or foot. This may not be a distant dream. Already today amazing things are happening in the lab. In recent weeks, we learned that researchers from Tel Aviv University have succeeded in growing a human heart in the laboratory. It seems that the day is not far when we can also grow nerve cells and give the disabled, the ability to walk.

And what comes next? Perhaps we can also repair genetic defects? Treat retardation? Perhaps also autism?

The road is long and the research is actually just starting out. However, even today we are familiar with animals that do not contract cancer, one of the most serious diseases known to mankind. There are animals of various species, both reptiles and mammals, which are completely protected from the disease. If we could emulate some of their traits, we could eliminate the disease forever.

There is one type of animal, living in almost every home, in the world, that possesses amazing qualities, more than any other living thing: the Tardigrades, also known as the water bears or moss piglets.

These are a group of microscopic animals (about 1000 species), up to 1.5 millimeters in size, living mainly on lichen, and feed on moss and its bacteria. Water bears are the most resilient animals known to man, so much so that they can be considered alien. They are capable of living almost anywhere on Earth (volcanoes, the arctic, at high radiation etc.), and outside it as well.

These creatures are the only ones that can survive unprotected in space, if we threw a person into space without protection, they would die from radiation. Accordingly, they can also survive ionizing radiation 500 times stronger than that lethal to a person. On Earth, the water bears live in every climate. They can survive in a hot temperature of 151 degrees Celsius, and also a few moments at a temperature close to absolute zero. They are able to fast without water and food for over 30 years and also withstand tremendous pressures, increasing the likelihood that they will survive life on the ocean floor. When conditions are impossible for them, they shrink into an insular bulblike formation and hibernate until conditions improve.

These features do not exist in any other animal, and make the water bears, more than anyone, ready to survive the next apocalypse. It is worth our while to learn from them how they survive and perhaps, down the road, enable the human race existence outside of our planet as well.

Have we become like Marie Antoinette? Tammy Kaplan Zabari

While enjoying the spring blossoms and colors on a nice spring walk in Brookside Gardens of Maryland , I happened upon this beautiful piece of 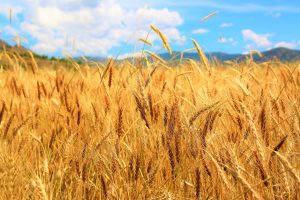 The war in Ukraine may lead to a global food crisis

The war on Ukraine caused the oil prices to spike around the world, a global food crisis might also happen if the war continues. Russia

Should we fear genetic engineering?

Genetic engineering, or genetically modified organisms (GMO), is a term sure to raise fears in the population. This concern is based mainly on the great