In 2005, Israel withdrew its army from the Gaza strip and dismantled the Israeli settlements in the area. But has Israel truly disengaged from Gaza? Israel supplies Gaza’s drinking water. It provides sewage infrastructure and gas connection for heating and cooking. It is also the Electricity provider, international mail provider and telephone service provider. Why is this not being addressed by other agencies such as the Arab countries, United States, European Union countries? After all, Israel sees the Gaza strip as an enemy entity that threatens its own well-being and security. Why, then, does Israel continue to meet the needs of Gaza and its residents?

Once Israel disengaged from Gaza, Gaza could have become an independent body that meets its own needs. Perhaps barred by the Israeli authorities, it did not do so. As such it is a no man’s land becoming a burden to Israel and other countries.

The truth is that just as Gaza residents depend on the supply of resources from Israel, Israel also depends on their supply to Gaza residents for its own good. One such aspect is the fresh water supply. Gaza’s main source of water was local water wells. But these wells were ‘over-pumped’ due to 3000 pirate (illegal) wells, and effectively they have been drained of fresh water. Because Gaza lies on the Mediterranean seashore, salty seawater has leaked into the aquifer and salinized (salted) it. 95% of Gaza’s groundwater is not potable.

Further pumping in Gaza also draws fresh water from the Israeli coastal aquifer (all inter-connected) and causes its salinity. It is clear to Israel that if it does not supply water to Gaza, its own water reservoirs will be sorely affected. So Israel has reason to supply water to Gaza unlike Egypt. Therefore, it is in Israel’s best interest to continue supplying water to Gaza. Many Gazans now buy desalinated water from private suppliers. This water is not always clean and a low level of hygiene, can cause epidemics to break out. Epidemics, too, know no borders.

Gaza’s wastewater and garbage treatment are also the responsibility of Israel, which would otherwise suffer from pollution coming from Gaza. Every day, Gazans pour hundreds of thousands liters of sewage into the sea. This contamination reaches the aquifers and mixes with drinking water –Israeli and Gazan.

The sea currents near the Gaza Strip are north moving, so they carry sewage, and much of the waste that is thrown into the sea, directly to Israel’s coastal cities – Ashdod and Ashkelon. Ashkelon had a seawater desalination facility that has been permanently disabled due to the pollution coming from Gaza. The Ashkelon beaches are often closed due to a high concentration of seawater contaminants associated with the Gaza sewage.

Many neighborhoods in Gaza have sewage overflows that cannot be treated. This is mainly due to of the lack of electricity that is required to operate wastewater treatment facilities. Only 25% of the Gaza sewage is treated and the rest flows to Israel. Israel transfers some electricity to Gaza and also supplies natural gas to treat waste and environmental hazards. The supplied resources are often transferred for private use due to the general lack of resources.

The Gazans burn much of their waste in open incinerators. Garbage burning is considered to be a very serious pollutant. The Gazan wind direction is eastward bound and therefore carries the pollution directly into Israel. That is, if Israel does not remove waste from the Gaza Strip, it pays in the form of air pollution.

In 2017, a government report titled “Cross-Border Pollution” was published detailing a series of environmental issues requiring treatment. If Israel completely disengages from Gaza, it will have a very high price to pay. The World Bank has funded the establishment of a 75 million Israeli Shekel wastewater treatment plant capable of purifying about a third of Gaza’s wastewater, but due to a lack of electricity, the institute is not operating.

On March 28, 2007, a sewerage reservoir in the northern Gaza Strip collapsed. 7 were killed and 30 were injured. The reservoir flooded a nearby Bedouin village with 3000 inhabitants. A flood of mud and sewage that covered dozens of houses. It was clear that another case of collapse could jeopardize Israeli communities beyond the fence, so the Israel Water Company was instructed to help handle the hazard.

Thus Israel truly cannot truly disengage from the Gaza strip until another entity steps in and starts providing all resources required for a civil society to exist.

The ‘Fantastic Giant Tortoise’, or Chelonoidis Phantasticus, was considered extinct since the beginning of the 20th century. A loner, small female of the species, was 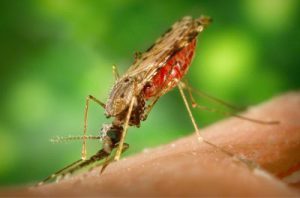 Should Genetics Be Used to Eradicate Malaria

DNA sequencing is a technology that is done on a daily basis in laboratories around the world. Among mosquito population, which have killed more humans 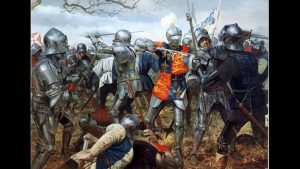 The Roman Empire is in the Stars

In a dysfunctional republic undergoing a devastating civil war, a panicked Senate votes providing unprecedented forces to one of its members in the hope of