According to UN estimates, the number of people in the world suffering from malnutrition is approximately 880 million, slightly less than 1/7 of the world’s population. Most of these people are concentrated in sub-Saharan Africa (243 million) and Southeast Asia (520 million). There are also hungry populations in Arab countries (especially those who have experienced the Arab Spring) (15 million), in some South American countries (45 million) and elsewhere. Accordingly, one out of six children under the age of 18 is underweight.

In Yemen, according to Save the Children, the humanitarian organization, since the outbreak of the civil war and the war against Saudi Arabia in 2015, some 85,000 Yemenite children under the age of five have starved to death.

According to the United Nations, about 1.3 million more children are starving and about 8 million adults are at risk of starvation in the impoverished and divided country, with 70 percent of the population dependent on humanitarian aid.

One of the main problems responsible for worsening hunger is global climate change. Most hungry people live in the Third World and therefore produce their food on their own. Changes in the amount of rainfall, access to freshwater, damage from extreme weather events such as droughts, floods, and typhoons are a death blow to these populations.

Even if this damage is not direct, water shortages cause the migration of peoples and worsen the phenomenon of poverty, creating bloody conflicts and demographic changes. This is a zero-sum game. The more we produce food, the more we will change the global ecological balance and increase the hunger problem.

It is estimated that about 10 million people die from hunger directly or indirectly each year (as a result of diseases caused by malnutrition). About 30,000 per day.

All this happens while the Western world suffers from overweight and obesity. Western countries are responsible for dumping million tons of food (about 35 percent of the food). In the US alone, about 150,000 tons of edible food are dumped daily, causing an ecological, global and moral conflict.

Western countries prefer to destroy their surplus food than give it to those starving, even when philanthropists are willing to transport it to hunger-stricken areas. This is done mainly to maintain a high price level, protecting the farmers and sustaining the feasibility of production in the modern world. Many countries are unwilling to import food from poor countries for fear of dependence and the concept of “food security.” The result is huge disparities between the rich and the hunger-stricken areas, suffering from poverty and disease.

Death from hunger is agonizing. Hunger does not kill immediately. It lasts for weeks on weeks, sometimes months, and involves terrible suffering and a desperate struggle to grip to life. This is worsened a hundredfold when it comes to children. According to the authors of this study, we expect the situation to worsen. 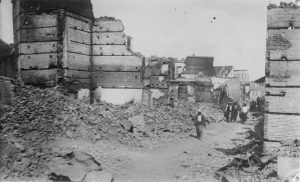 About a week before the German army invaded Poland, Hitler spoke to the Wehrmacht generals. One of the things Hitler said was: “The aim of 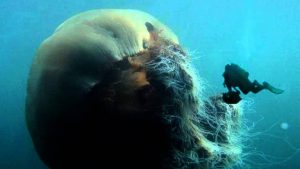 The world’s largest jellyfish takes control of the sea