The `Health crisis point`, or how the ability to acquire health can create a crisis?

The `Health crisis point` is a point in time to which is attributed the entry of services that allow a society, to acquire health. There are two parallel processes at work. First, the introduction of a variety of health services including vaccines, hospitals, availability of doctors and medicine and health facilities. Second, is the ability of a society to provide itself with a clean environment, high quality fresh food and clean water.

In the history of humanity, the `Health crisis point` is attributed to three dramatic events: the discovery of vaccines by Edward Jenner and his heirs, the discovery of the bacteria by Antonie van Leeuwenhoek alongside the discovery of Penicillin that kills bacteria, and the pasteurization process (Louis Pasteur).

A parallel process was the agricultural revolution that made it possible to produce surplus food (through creation of advanced irrigation and water-drips, fertilizers, pesticides, antibiotics, genetic engineering). Each of these researchers has changed the world by significantly reducing disease mortality and exposing humanity to a healthier world. Worldwide pandemics that have killed millions of people have been almost completely eradicated. These are the components of the health revolution.

But if we’re dealing with a health issue then why the use of the word crisis? Where’s the dissonance coming from?

As the number of people in the world grows, there are more and more mouths to feed. Meat products (poultry, beef, lamb, and pork) are 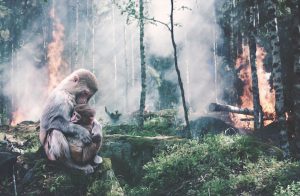 A Sun on earth

On November 16, 2018 a scientific milestone was recorded – scientists conducting experiments in Chinese laboratories produced an “artificial sun”. This “sun” reached a temperature