While the climate crisis has many contributing factors towards its deprecation, the leading cause is the emission of greenhouse gasses from a variety of man-made processes; from energy production of electricity generation, heating, cooling and powering of vehicles, growing and producing food, as well as the production of “fast fashion.”

All of these processes are also responsible for the emission of many pollutants in the air, soil, and water sources, causing damage to ecosystems and threatening biodiversity. In recent years, many efforts have been made to switch to the use of renewable energies such as solar, wind, water energy, with attempts to transition to electric vehicles, rather than using energies based on burning fossil fuels from coal, fuel, and gas. The food sector also takes an active part in contributing to the climate crisis and attempts to reduce animal food consumption as well for ethical reasons, and switch to a vegetarian or vegan diet or meat substitutes. In the fashion sector, there are quite a few attempts to produce more natural fabrics, using more natural fibers and colors, and more durable fabrics that will extend the life of the garment.

In each of these areas, one of the key resources in making improvements is the use of algae in various aspects. The algae, which are often called aquatic plants, are extracellular organisms with nuclei, which develop through photosynthesis. Algae are responsible for about 70% of the photosynthesis processes in the world, in which carbon dioxide and water react to form sugar while emitting oxygen, and accordingly they produce most of the oxygen in the world. In addition, algae are also a basic and central component in the world’s food chains and in many ecosystems. The sugar produced in algae is used to build polysaccharides, i.e. long chains of sugar molecules, also known as biopolymers, and these are used as building materials in the cell to build the cell wall and its nutrients.

In the world of over-consumption, the fashion industry plays a big part in encouraging consumer culture and producing polluting waste. However, the processes of fabric production and dyeing, as well as the production of synthetic and natural  fibers, involve a great deal of energy and water consumption and therefore the emission of many pollutants into the environment. Additionally, the transportation of the fibers, fabrics and clothes, and washing and drying at home greatly contribute to the pollution. Today it is estimated that the fashion industry is responsible for emissions of about 10% of the world’s greenhouse gas emissions, and consumes about 20% of freshwater, with numbers increasing alongside population growth and the increase in quality of life standards.

With the fight against global warming, there are more and more companies offering ‘green’ clothing. Although the definition is very ambiguous, and often misleading, this newer development includes more efficient and environmentally friendly production processes of natural or synthetic fibers, fabrics and the possibility of recycling the fabrics and reusing them in the manufacturing of new garments. Just this week, H&M began operating a new system at its flagship store in Stockholm that can recycle the old fabric into a new garment.

There has been extensive research on this topic, and companies have already begun implementing the use of fibers based on biopolymers extracted from algae, bacteria or fungi as well as algae pigments. It is important to note that beyond the natural production of these biopolymers, these fibers are also biodegradable, i.e. decompose naturally into non-toxic substances, and therefore are less polluting at the end of their lifecycle.
More recently, there have been some groundbreaking improvements in the field. One of them is by the Canadian designer of Iranian descent, Roya Aghighi, in collaboration with researchers from the University of British Columbia and Emily Carr University, in a project called Biogarmentery. The venture incorporates the algae cells into the garment, where the fabric is produced by weaving unicellular algae in polymer nanofibers. Through this process, the garment actually lives and breathes. Moreover, such a garment can continue to do photosynthesis and clean the air, even while it’s being worn. Not only will the carbon, water or environmental footprint of the garment be reduced, but the garment will become carbon neutral and so much more. The goal is not only to reduce the environmental impact of the textile industry but to turn the process on its head and gradually phase into an industry that contributes to the fight against the climate crisis.

The evolution, however, is still far into the future and more imaginary than initially thought to be. In order for the garment to realize its functionality it must be “treated” accordingly; the algae must become wet, and people need to realize its importance and therefore change their clothing habits. The intent is that the garment will be perceived by consumers as a living organism, similar to a pet, so we will treat it accordingly and treat it with care.

The climate crisis is an opportunity for entrepreneurship and innovation and for the more intelligent use of natural resources. Each of us has the opportunity to take part in change. So the next time you are offered an eco-friendly and breathable garment, ask if it can also breathe.

Prof. Adi Wolfson is a researcher at the Center for Green Processes at the Sami Shimon Academic College of Engineering and author of the book “Must Sustain – Man, Society and the Environment: Lessons from the Past and Responsibility for the Future” (Pardes, 2016). 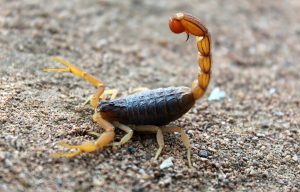 When it comes to scorpions – the bigger, the better (for us)

Researchers from Galway, Ireland, tested the theory from the Indiana Jones movie; when it comes to scorpions – the bigger, the better”. They collected data 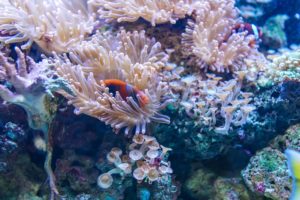 Rich biodiversity hotspots often develop in areas that have provided climate stability for long periods. Specifically such areas tend to have stable temperatures and varying 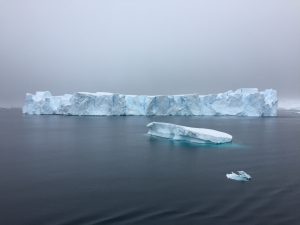 The report states that within two decades, the last three terrestrial glaciers in Africa will disappear. There is a close connection to the global warming