Just a decade ago, humanity first crossed the historic line whereby half of population resided in urban surroundings. Many see this unprecedented global urbanization trend as a welcome phenomenon, people are fleeing the poverty, ignorance and degeneration of rural life for a new opportunity in the growing cities. However, there are those who anxiously analyze the dimensions of urbanization and its actual implications and are alarmed by the (relatively near) future of urban humanity. Their concern does not rise from western developed cities, the ones that usually jump to mind when thinking of “the city,” for example, New York or London. Rather, concerns are rising in relation to those cities that are the fastest growing and most prominent centers of growth in the world today, the giant cities – “Megapolis” – of the global south. These huge clusters of people, buildings and infrastructure absorb thousands of new immigrants every day. They spread into their surroundings, swallowing towns and villages that were once isolated and are now merging into the expanding urban horizon. Areas that for decades were considered mediocre towns and cities, such as in Mako (Mali), Kinshasa (Congo) or Lagos (Nigeria), within a generation became huge conglomerates of ten or twenty million inhabitants.

The typical megalopolis contains a well-developed, small and prestigious core, surrounded by slum neighborhoods. Slums may be referred to differently around the world – Bastis (India), Colonies (Mexico), Pavel (Brazil), Ashawiat (Egypt) or Kampong (Indonesia). In many cases, these neighborhoods are the most populated of the whole megalopolis. The core of the megalopolis, as is customary in Western modern urbanization, is developed in a planned, top-down configuration. However, the Slums develop chaotically, based on countless isolated initiatives from the bottom-up, without an organized plan approved by officials or politicians. In most cases, slums growth breach design and construction laws. Additionally, the slum growth often infringes on property rights, with Slums occupying private or state land. The slums’ inhabitants are usually the poorest, most impoverished people. They build their homes from a mixture of materials and objects they collect from landfills and construction site, such as scraps of tin, blocks, planks and fabric sheets. A typical Slum is dense, polluted, pest-infested, afflicted with serious illnesses and cut off from most government services and infrastructure such as sewage, electricity, water, garbage disposal, roads, schools and clinics. Sometimes hundreds of people share a single tap or single toilet seat, which of course increases their exposure to serious illnesses. Despite a noticeable lack of reliable data on the subject, experts estimate that the global slums population today exceeds one billion inhabitants in shantytown urban environments.

Slums begin with bad geology,’ writes Mike Davis. The urban poor are often relegated to swamps or unstable hillsides where they face the constant threat of landslides, floods, fires, and disease. (Mike Davis). Since the high-quality land was used to plan and develop the city’s core districts, the poor swarm to the most marginal, unstable and dangerous lands, over which no one will object. It is typical to see Slums spring up close to major roads, railroad lines, huddled around polluting industrial plants and urban dumps. Other “attractive” areas for them are contaminated rivers and floodplains or steep slopes where solid foundations cannot be laid and are prone to landslides. Occasionally the land takeover is done secretly, with several partners or a single family setting up a hidden dilapidated shack behind a fold of land, and gradually new settlers join them. In some places, land takeover may be a planned, well-organized action performed by big groups that go out to occupy pre-identified land. In these blitz operations, they build buildings overnight and prepare for a violent confrontation with law enforcement if they try to evacuate them. If they survive the first few days on site, they gradually continue to thicken the settlement until it becomes a clearly defined area and the threat of enforcement fades. Slums are the major urbanizing force as they crawl away from the city center. They shape the developing world open spaces. Lagos, for example, doubled its developed area – the vast majority of which are Slums without a deliberate hand – in just one decade.

The phenomenon of Slums or shantytowns was already known in nineteenth-century industrialized European cities, but it was marginal in scope and significance. The big bang explosion of Slums occurred in the global South and at a very specific time: from the 1980s onwards, parallel to globalization or neoliberalism processes. At this time, coalitions of policymakers and interested parties began to export the radical market agenda from the West to the developing world. In most cases, the poor countries were sunk in swelling debt to creditors in the West, and especially to the International Monetary Fund. This debt was used to leverage their economies to “structurally adjust,” that is align with privatization, reducing the public sector, removing barriers to import, reducing subsidies for domestic producers, and reducing welfare policies. This general roadmap, which helped many of the developed economies to emerge from the painful recession of the 1970s, was brutally and clearly ineffective for third world bourgeois economies. Many economies shrunk sharply, unemployment rose, real wages plummeted and businesses went bankrupt. Without the government safety net (which was removed by the structural adjustment), the new and old poor masses found themselves in a painful war of survival.

The blow was particularly difficult in the rural sector, where small land farmers had to deal with international corporations who were allowed to enter and compete with them in the global market. The process led to a tsunami of “destructive” manpower surpluses. These people turned to the big cities in hopes of finding a better future. However, unlike the cities of industrial Europe, Third World cities did not have a developed industrial sector that needed working hands. The structural adjustment had in many cases led to an exit from these industries. New Urban immigrants did not find formal work and did not receive any public aid such as public housing or welfare investment from the government. Their settlement on the outskirts of cities was their last resort. They found a livelihood doing unstable work such as peddlers, rubbish collectors, crime and prostitution. Surprisingly (or not), Slums’ residents have gradually become an important workforce in global manufacturing chains, sewing pieces of clothing or dismantling old appliances – only these workers now have been deprived of reasonable legal employment terms and work in extreme exploitation by local gang-headed employers. A huge percentage of these forgotten sub-workers are children. This is the most obvious free market exploited group – even if hidden and denied – a “flexible”, cheap and disorganized workforce. Various estimates speak of about a billion people living on less than two dollars a day. The Slums have become huge envelopes of this extreme poverty and exploitation.

Just as informal contract work is used today to circumvent the expensive claims of unions and labor in the West, the Slums, it seems, is the solution to worker public housing in countries where the state renounces land allocation and the poor take over marginalized land. It is the largest growing urban development configuration in the world today. This means, that the Slums will probably be the most prominent form of dwelling in decades to come.

In the past, slums were considered relegates of the undeveloped south. Researchers seemed to point to the global poor (with quite a bit of blame turned on them, for a culture of laziness and disobedience), we are increasingly encountering the slum phenomenon leaping into the global developed north. Such as in Europe, where countries are experiencing economic and immigration crises in Greece or Spain. In the US, where border towns close to central or Latin America are shantytowns made of tents. The proliferation of Slums, rather than their collapse, poses a question mark what is considered progress in the modern world. It also poses clear warning signs of the likelihood of disease outbreak, human neglect, exploitation and crime, destruction of open spaces, uncontrolled pollution of wastewater and household waste, and, of course, social unrest. Residents of Slums are the main victims of this phenomenon, but its implications are much broader and more significant for us all. 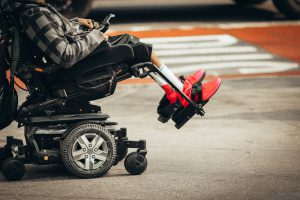 Scientists discovered a mutation that slows down the progression of ALS

ALS is a cureless degenerative disease, that so far 20 related genes were found. Israeli scientists found a new gene related to ALS, only instead 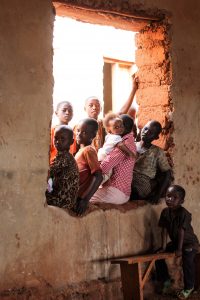 According to UN estimates, the number of people in the world suffering from malnutrition is approximately 880 million, slightly less than 1/7 of the world’s